all inquiries are kept confidential 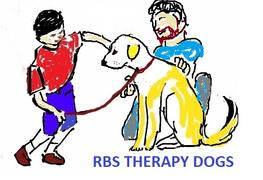 In my dealings with autism spectrum clients and studies, I have come across a technique called DIR/Floortime.

If you are reading this, then you are probably somewhat familiar with it, so I'm not going to review it too much, but I will demonstrate similarities between DIR/Floortime and some standard Animal Therapy practices.

The big challenge with ASD children is that they are often withdrawn.

ASD children spend their leisure time spend time playing with their toys and other objects to the exclusion of social interaction, so when we get down on the floor with them and enter their games with their toys, we are sort of shoe-horning our way into their world, which is a way to start conversation, and eventually, more appropriate relationship development. The child remains largely in control because after all the play exists entirely in his imagination. He writes the story.

What is fabulous about AAT, is it is similar to floor time where the toy is really an animal. This affords several advantages. One, is that the animal will engage emotionally with the child, but in a way that has virtually no chance of aggravating the child's ASD triggers. In fact, usually they will find it calming and warm up to the animal, but yet learn to recognise the animal's emotions and its connection to him. This develops empathy and love for the animal, which will spread to human relations.

In some cases, the child will only communicate with an animal, some or all of the time.

Additionally, when the animal does something unexpected, when the facilitator and the child react in an identical way, the child notices this synergy and this will prompt communication/trust/identification with the facilitator. These unexpected events by the animal also forces the child to leave his bubble of imagination and stretch his experience to include real world events. They prepare the child for the real world, because the reality is that our days are filled with unexpected interruptions and distractions. This, in fact, is where many special needs children encounter difficulty.

An additional point I wish to note is that with three involved - the two people and the animal - a triangulation of relationships occurs, and takes some of the 1 on 1 intensity out of the session.

Animal Assisted Therapy, especially with dogs, has been incredibly successful in dealing with ASD, even in extreme cases, and even where nothing else helps.